The development of competences requires a positive attitude towards learning: if a person only follows the inclination of affective motivation and does not want to change, he will not be able to acquire a new competence because he will be unable to experience the benefits that would be obtained from following his rational motivation.

Although from outside we can try to encourage others to cultivate an attitude that favors improvement, this attitude is part of each individual’s freedom and cannot be imposed. This is, therefore,

Awareness of the causes of attitude

The most delicate part of the coach’s work. To achieve a change of attitude in an individual, the coach must first understand him well and be aware of the causes of his attitude before he can act on them. It would be a mistake to try to force a change of attitude without looking at its causes, a lasting solution for the problem can only be obtained by acting on the causes. There are two types of cause that influence the attitude in very different ways: self-esteem and character.

Self-esteem can have many layers, some of them more universal (for example, considering oneself to be better than others because one comes from a particular country) and others more contextual (for example, considering oneself to be an expert in one sport but not in others). Through self-esteem, intelligence influences the will. If we feel capable of doing something that will be highly valued by others and which is also expected from us by others because of our experience, our position, our values, etc….

When the coach detects a lack of resolve due to low self-esteem, he must analyze whether or not this self-esteem is realistic. If it is not, he can provide data and opinions that help the person change his opinion about himself. Indeed, a worker’s attitudes – and, therefore, the competences he develops – are very different depending on whether he considers himself a mere subordinate, an independent professional or a member of a team.

In the first case, his attitude tends to be reactive, in the second, proactive, and in the third, cooperative. And with each attitude, specific competences are developed (dependent talent, independent talent and interdependent talent).

Sometimes, the self-esteem problem arises not so much from the generic concept one has about oneself but the unjustified belief that one is not able to perform a specific task. In this case, it is called a self-efficacy problem.

The coach can help through at least five mechanisms:

The coach should to treat with self-esteem problems and help the employees through one or more of the following mechanisms.

In any case, it is important that the coach check that the belief really is unjustified. If the individual really is unable to carry out that activity, it may be harmful and even unfair to try to strengthen self-efficacy, since the experience of failure is highly unpleasant and, eventually, lowers personal self-esteem even further

The other possible cause of a “lack of will” for learning is character. Character is, to a certain extent, the style taken by an individual’s will as a consequence of the decisions he makes or does not make during his life.

In this sense, character is an important part of the personality and is more or less stable, although it can change. Character can be educated, and it can also be “soured”. However, in the short term, it has a stability that gives it predictiveness.

Thus, we can say that there are people with a stronger or weaker character, more emotional or more intellectual, more impassioned or more serene.” These differences are due to people’s different degrees of development along certain basic dimensions of character, which we call rationality, integrity, affectivity and virtuality; Will acts through these dimensions in decision-making and, depending on their level of development; its action is strengthened or weakened.

This explains why character has so much impact on the learning process.

How the will acts on the development of competences

When the cause of a negative attitude towards learning is character, the problem is more difficult to resolve and requires a deeper personal improvement process than in the case of self-esteem. Basically, it is a problem of immaturity.

Maturity is the harmonious development of the dimensions of character. The immature person is unable to commit, is emotionally unstable and readily falls into self-deception, often living in an unreal world fabricated by himself – sometimes unconsciously – to justify his behavior.

The immature person suffers the cruelest slavery: the incapacitation of the will, with the loss of the deepest freedom. The immature person loses control of himself and is at the mercy of his impulses, which can be readily manipulated from outside.

Consequently, “the attainment of emotional freedom – the positive integration of feelings and passions with an honest understanding of the world and oneself – is the goal pursued by any education of character”.

The coach’s action in this case is vital, because the immature person has great difficulty in extricating himself from this state by himself. Educating the character consists of educating the virtue.

In fact, one author argues that “having character and being virtuous are now coincident expression”.  “Virtue is therefore a strengthening of the will, the positive yield of freedom. Thanks to virtue, one acquires a strength that previously one did not have and therefore, one can do things that, prior to that seemed impossible”.

There are four basic virtues in the education of character, one for each dimension. These virtues are the four classic or cardinal virtues (from “cardo”, hinge on which the other virtues rest): prudence, justice, temperance and fortitude. They play an essential role in the development of any competence, particularly the most basic competences which we call metacompetences.

Finally I’ve written this article to help you, Kindly share the article with your friends if you liked it to help them too.

How to manage your time better 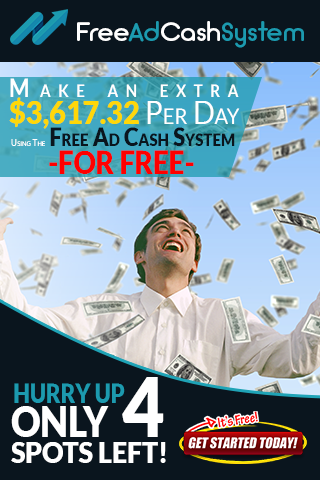